GET THE FACTS: MARIJUANA

MARIJUANA is at the center of a lot of debate, and there’s often exaggerated and even false claims made by those on each of the opposing sides. What matters is understanding how it can impact you as a teen, and that information can be hard to find in the middle of so much hype. Laws are changing, and there’s potential for new medical treatments, but these don’t erase the risks.

WHAT IS IT?  A green and brown mix of dried flowers, stems, seeds and leaves from the hemp plant Cannabis sativa.1 The main active chemical is THC (tetrahydrocannabinol), which moves quickly through the bloodstream to the brain and other organs throughout the body.

THE RISKS: THC acts on specific targets in the brain, called cannabinoid receptors. Ordinarily, these receptors are activated by brain chemicals similar to THC that are part of a neural communication system, and play an important role in brain development and function. Marijuana over activates this system, causing impaired coordination, difficulty with thinking and problem solving, and disrupted learning and memory.

Anything that impairs coordination and judgment, which marijuana does, increases a driver’s risk of being in an accident. And when used in conjunction with alcohol, the combined result is worse than either substance alone.

Your brain goes through significant development during your teen and young adult years, and marijuana’s effects on the developing brain create risks unique to that time period. Following marijuana use, a teen’s decrease in cognitive abilities can last much longer than an adult’s, as long as several weeks since last use. With regular use (daily or nearly daily), the alterations to the brain caused by marijuana become prolonged by frequent recurrences, which can in-turn lead to lowered learning capabilities, a shortened attention span, and weakened verbal communication skills.

There is also an association between regular and prolonged marijuana use and mental illness. A link has been demonstrated with later development of psychosis, and rates increase for those who start young. Associations have also been found with other mental health problems such as depression, anxiety, and suicidal thoughts among adolescents.1 It’s important to note that the nature of these links is still unclear. More research is needed to better understand whether there is only correlation, or whether causality may exist as well.

THE BOTTOM LINE:  Marijuana has the potential to cause problems in your daily life, or make existing problems worse. It limits your brain’s effectiveness, slows down thinking, and impairs coordination and judgment. And while you’re young and still maturing, marijuana could have a long-lasting, negative impact on your developing brain. 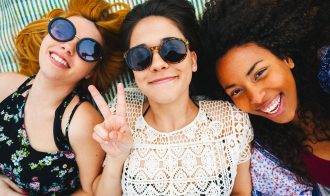 Get in on the action! Learn how you can live above the influence and help other Kent County Youth do the same! Leave us your email below and we'll send you more information.
Close Only